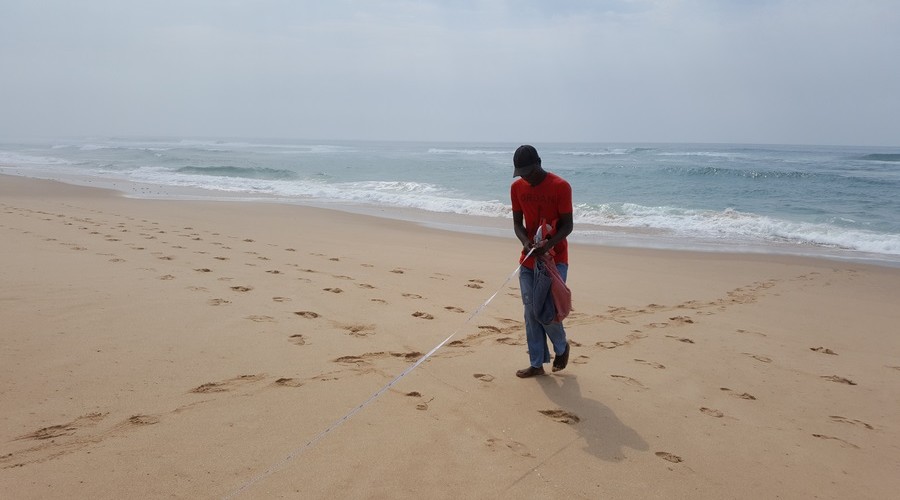 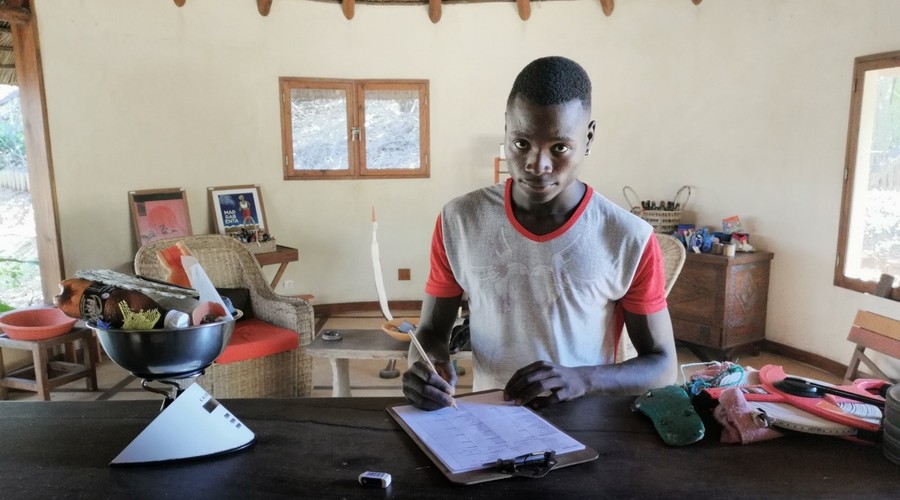 A WIOMSA protocol implemented at Dunes...

Since the 12th May 2019, under Stephanie Duvail’s guidance, we are implementing a beach survey focused on macro litter. What type and what quantity of trash a remote beach such as ours receives every day? Is it possible to know where  this litter originates from as, obviously, the vast majority does not come from the immediate surroundings ?

Stephanie is a geographer from the IRD (French National Institute for Sustainable Development). Among her several research areas, she is focused on pollution in the estuaries. Since her arrival inMozambique, she works mainly on Incomati and Limpopo estuaries in partnership with the University Eduardo Mondlane in Maputo.

The idea of this beach monitoring is to have a sort of neutral point to be able to compare litter accumulation close to estuaries with accumulation in a remote area, far from the cities. To do so, we use a protocol defined by the WIOMSA (Western Indian Ocean Marine Science Association), the marine litter monitoring manual. This document classifies the trash into 9 categories : paper and wood, glass, plastic, rubber, metal,hygiene, clothing (included shoes), fishing gear and others. Each category is detailed in type of items.

Every day, at low tide on the same plot of the beach, Ergildo goes and collects the waste objects, separates them according to the categories and type of items, counts and weighs them. All the information is then gathered in an excel sheet.

In seven months, from this 100 m width plot of Dovela’s remote beach, we collected just over 40.000 items with a total weight of almost 10 kgs.

-                   83% of these items are plastic objects: mainly lollipop sticks, all kinds of plastic lids, plastic bottles (not only beverages) and many plastic fragments that we can’t identify.

What is certain is that almost nothing comes from the villages around, some objects still have identifiable stickers where we can recognize several countries in Asia (Malaysia and Singapore mainly) to Madagascar.