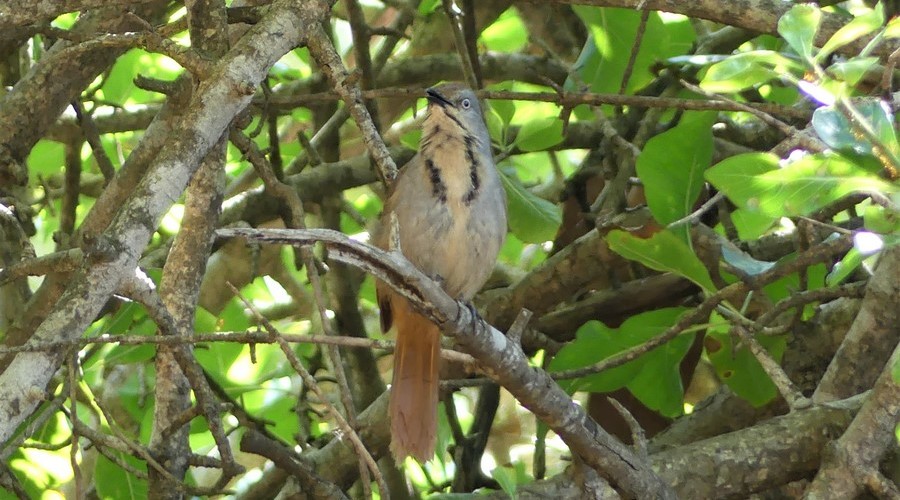 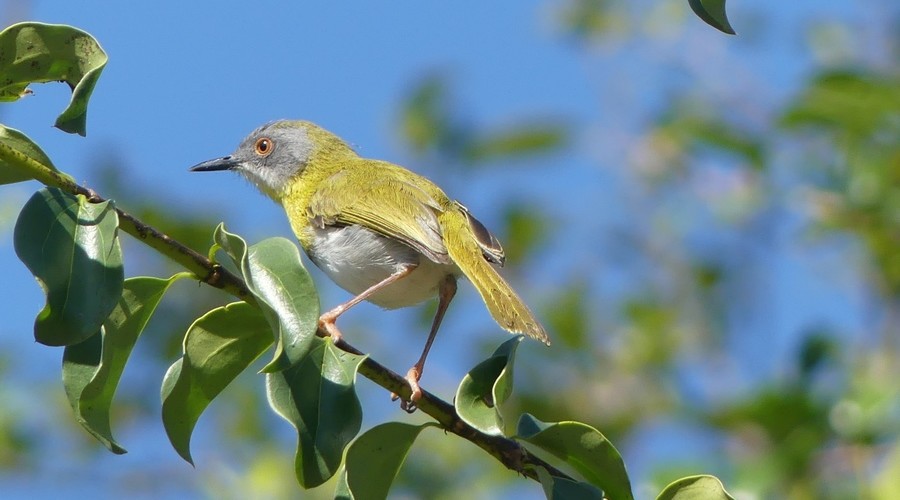 The Collared Palm Thrush (Cichladusa arquata,20 cm) is far from being a common bird and the keen birders will love its presence in the middle of the coconut trees around the village. This monogamous bird has a beautiful staccato and melodious ringing song, which is often interrupted by chat-like cries. It feeds from insects including bugs, beetles, grasshoppers and termites.

The Yellow-breated Apalis (Apalis flavida, 12.5 cm) is far more common. They move usually in pair or small family group of 4-5 and may maintain territory year-around. It eats mainly insects but may go for nectar and fruits. It gleans from leaves and twigs particularly in the canopy or in clumps of mistletoes.

Both species are monogamous and lay 2 to 3 eggs. They are considered as not threatened.