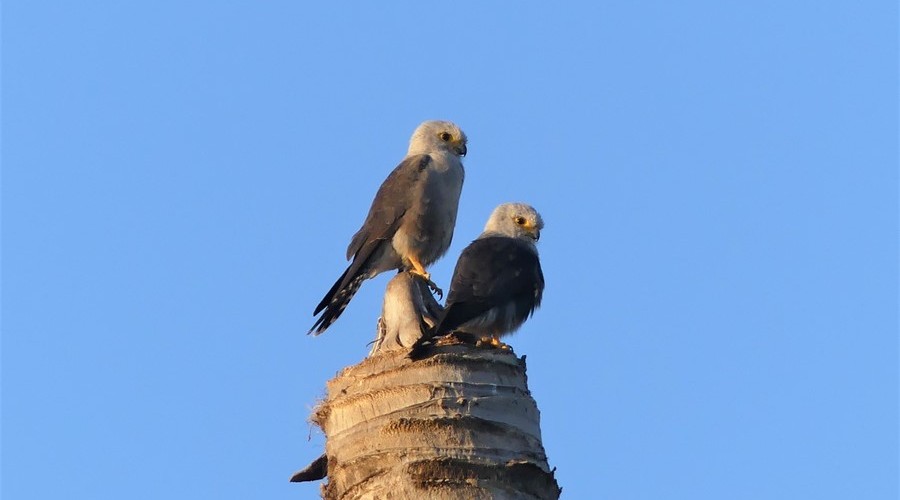 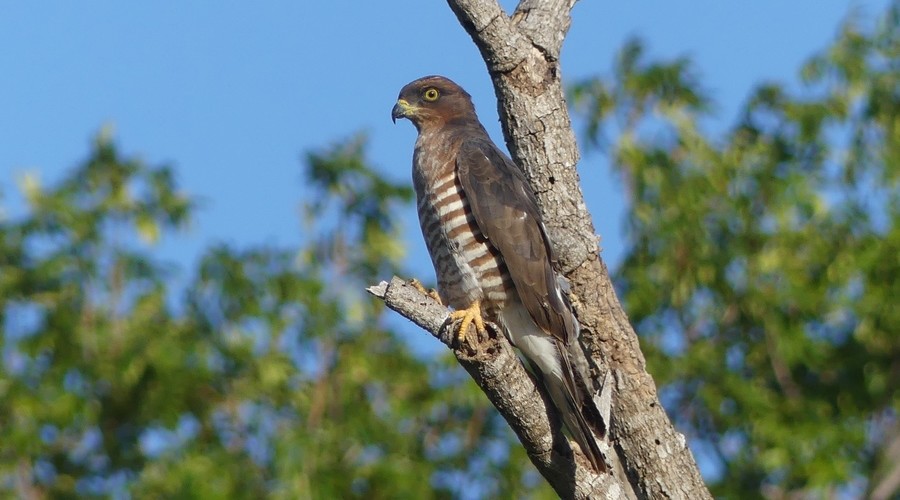 It’s time to have a look to the common raptors we have in our area.

The Dickinson’s Kestrel (Falco dickinsoni, 29 cm) is not a common bird but we have several resident pairs in the village. They are monogamous and set the nest on top of a dead coconut tree and defend it furiously. They mainly eat insects such as grasshoppers and crickets but they can hunt birds, frogs, snakes and small mammals. They are usually highly sedentary and one of them was ringed in December 2018 by Malcolm Wilson and is still around (as shown by the picture).

The African Cuckoo-Hawk (Aciceda cuculoides, 40 cm) is much bigger than the Dickinson’s Kestrel. It is a scarce breeding resident but we are lucky to see them quite often. They eat mostly chameleons and large (often green) insects. Also monogamous, the nest is small and flimsy usually placed high in a tall tree. We see them in the village but also around clearings inside the coastal forest.