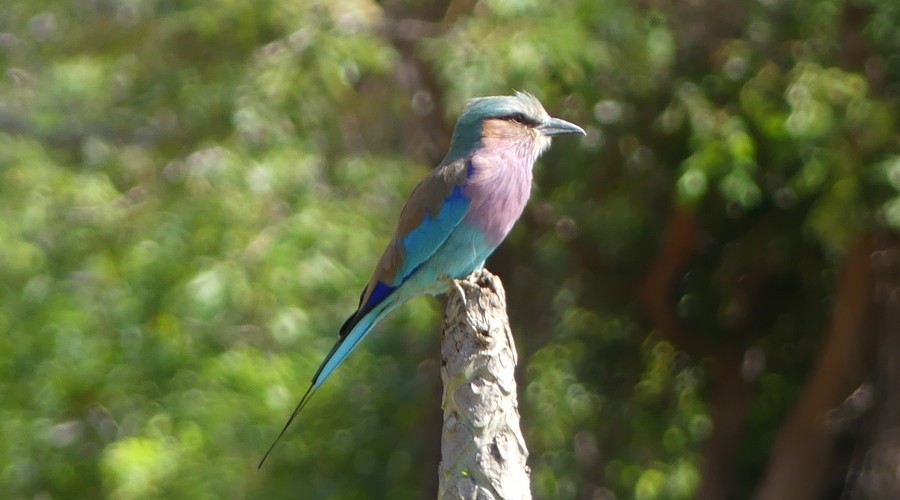 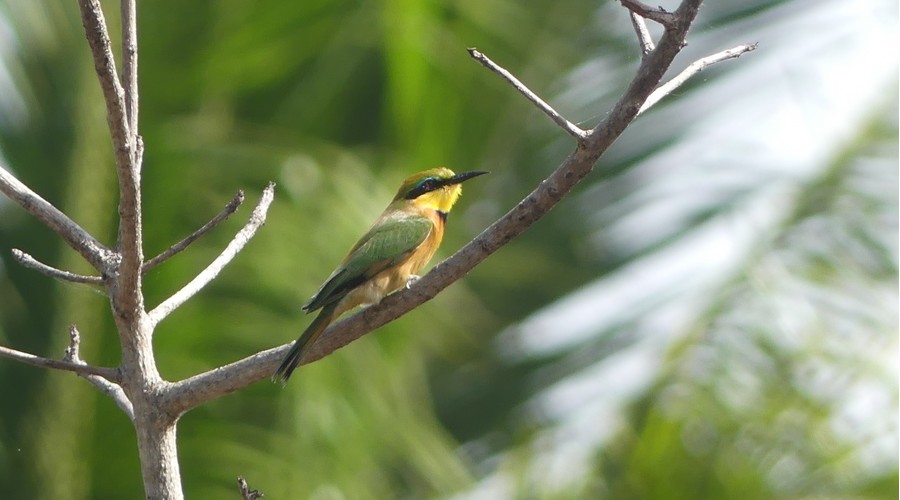 Now let’s have a look to some very colorful bird from the village of Dovela.

The Lilac-breasted Roller (Coracias caudatus, 29cm, 36cm including streamers) is very common in the coconut trees in Southern Mozambique. Male and female look alike and are monogamous. They are mainly insectivorous but are also able to hunt small snakes, frogs, birds and even rodents. They are fiercely territorial and defend heavily the nest hole (in dead coconut tree) against intruders.

The Little Bee-eater (Merops pusillus, 16cm) is the world’s smallest bee-eater and probably Africa’s most common bee-eater. They are monogamous and usually found in pairs that remain together year-round. They eat mostly flying insects taken on the wing, especially bees and wasps. The nest tunnel is excavated by both birds into low bank.