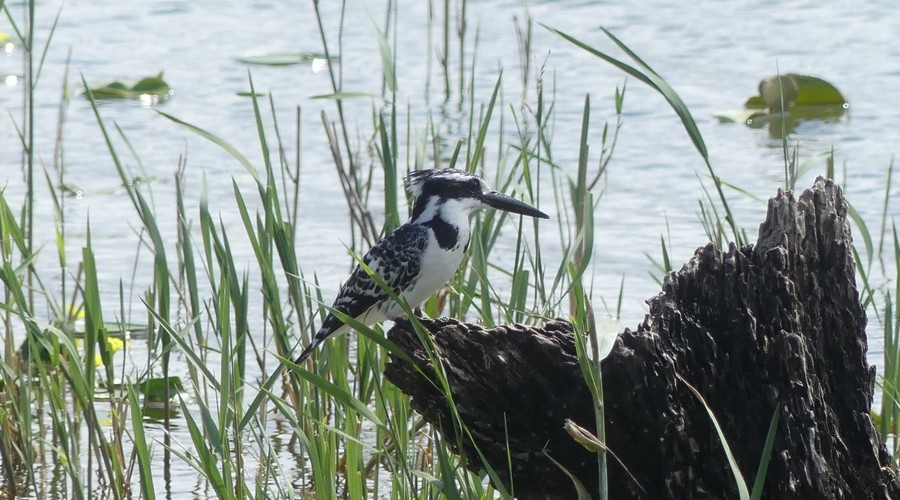 The Pied Kingfisher (Ceryle rudis, 25cm) is a very common Kingfisher around lakes in Southern Mozambique.

This is the only kingfisher in the region with all black and white plumage.

The left picture presents a Pied kingfisher couple where one can easily identify the male from the female. The male (on the right of the picture) has a double breast band while the female has single breast band. They are monogamous but may have a nest helper (usually a male). The nest tunnel is excavated by both adults close to water in a suitable bank.

They eat mainly fishes but also invertebrates such as crabs, prawns, aquatic and terrestrial insects. The Pied Kingfisher is highly vocal with high-pitched chattering.